10 Strange Houses Around The World 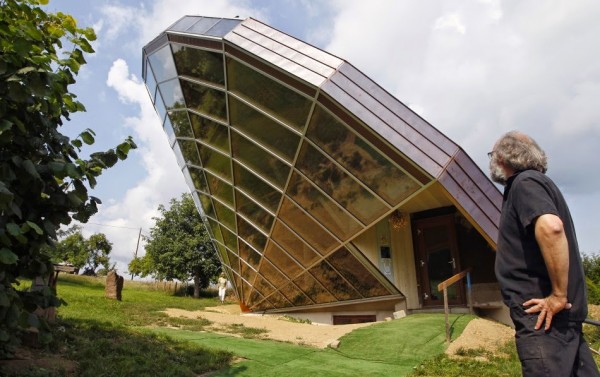 Everyone has a different way of expressing themselves. Some choose art forms like music and dancing, others like to write poems and prose. However, one of the most underrated forms of art is architecture. Designing a great home is no easy task. A home where its residents can feel more comfortable than anywhere else in the world.

If you feel like you could use some inspiration for your future home design – or just like checking out the weird ideas some people have – this post is just for you! Would you choose to live in a former church or a renovated water tower? Or how about the smallest house in the world, or one that is the spitting image of the Flintstones’ cave? Check out our selection of the world’s unique homes below!!

This is the world's slimmest house. It is 152 centimetres wide at its widest point. Jakub Szczęsny, its only resident is also its designer, and he wanted to make sure no urban spaces go unused. And so he squeezed his house in between two other buildings. 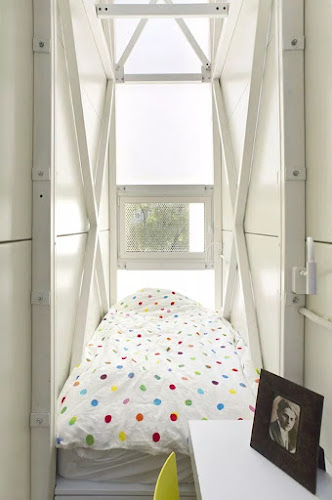 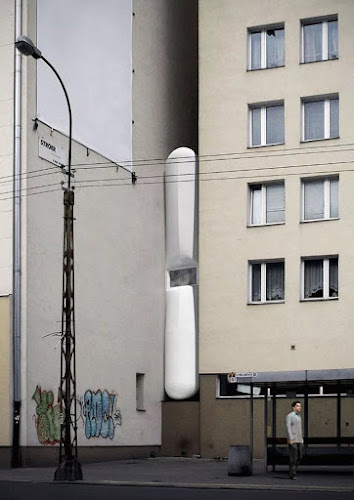 If you say you have nothing to hide, try spending a few nights in the see-through house located in Tokyo, Japan. Built by Sou Fujimoto Architects, this 914 square-foot transparent house was inspired by our ancient predecessors who inhabited trees. While so-called “House NA” offers plenty of daylight, expect no privacy here. 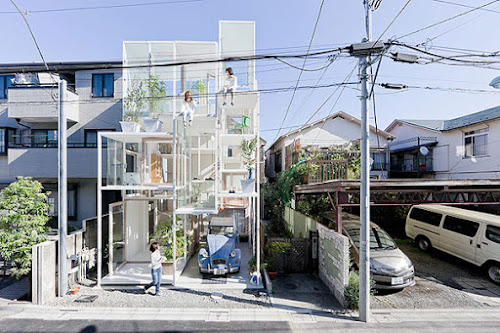 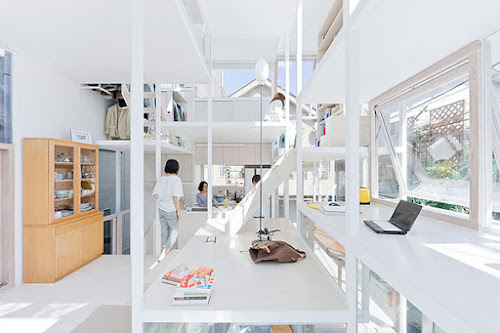 Known locally as the Teletubby house, Malator House is built entirely underground, and only the front glass view of the house shows its existence in a hill.

Built in 1998 by Future Systems architects for a Member of Parliament (Bob Marshall-Andrews QC), Malator house showcases how the landscape can be preserved with thoughtful architecture.

From an aerial perspective, the house cannot be seen at all, as the top is completely covered with native grasses and blends perfectly into the scenery. 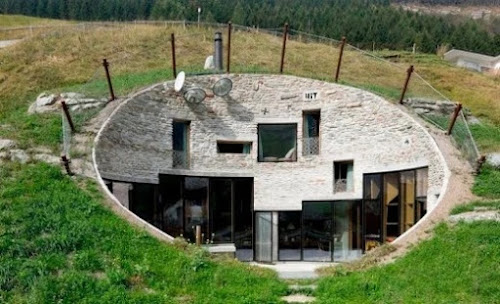 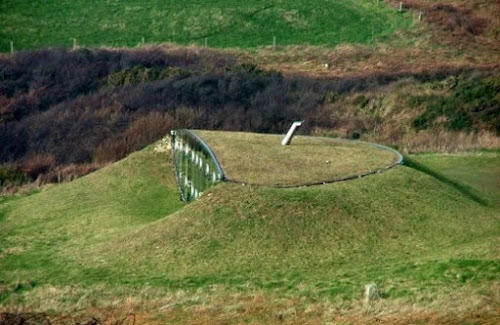 This house is as dramatic as it is simple. Designed and built by F2 Architecture, the Pole House overlooks the Great Ocean Road in Australia and takes advantage of its location and spectacular views in a very unusual way. The plot on which it was built is a steep hillside which obviously presented a challenge. The architects came up with the most intriguing solution. they built a concrete platform on a 13 meter high pylon and they put the house on top. By elevating it like that, they put an emphasis on the views but were faced with a second challenge: there was no way to comfortably access the house. To solve this problem the architects also built a narrow concrete bridge which links the house to the hillside. 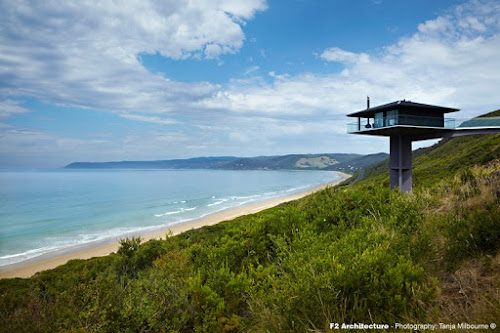 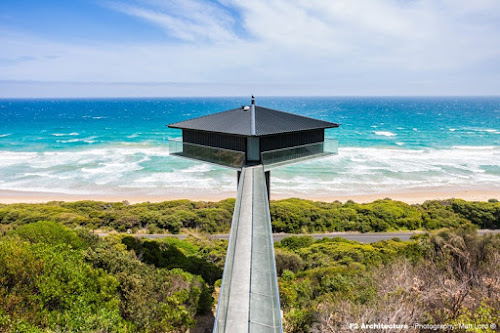 This high altitude home was built by aviation enthusiast Bruce Campbell in 1999. The purchase of the decommissioned military aircraft itself set him back $100k, with over $220k worth of work completed on its interior. Campbell notes that the structure is “highly fire resistant and provides superior security”. 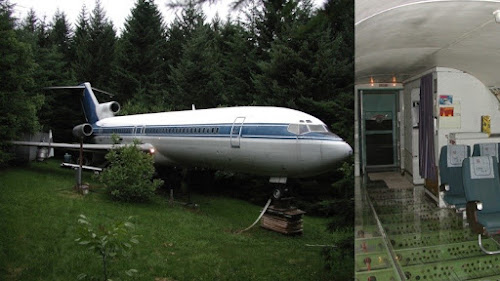 There was not enough land to build a full home on this parcel, and so the architect designed a house built into the active waterfall on site. Located on Bear Run in Pennsylvania, this home is truly remarkable. 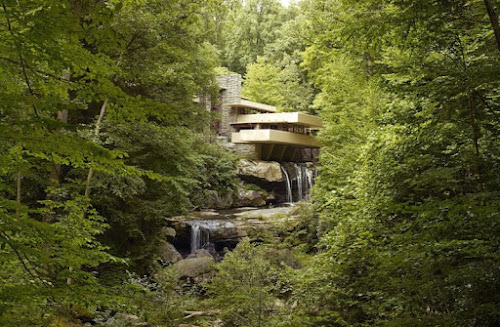 Unlike most other houses on this list, this one is expensive. This is located at the top of Brooklyn's Clock Tower and comes for $18 million. The 7,000 square foot penthouse offers some of the best views of the New York City. 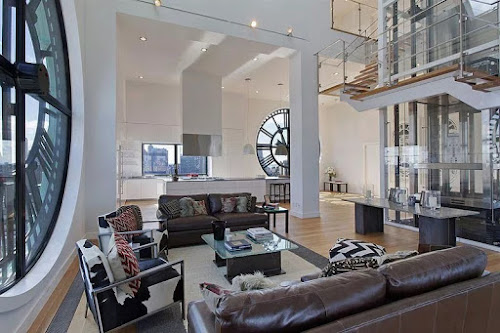 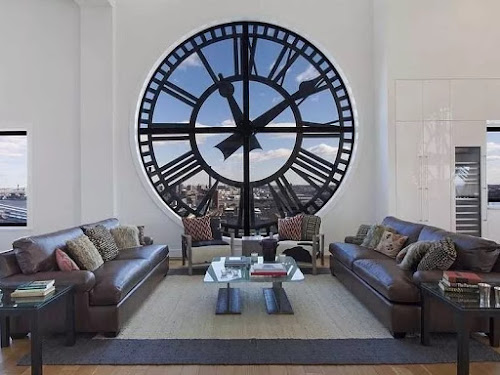 The Skateboard House is the project of a private residence, to be built in Malibu, California. In this house you will be able to skate any areas and surfaces, Indoor and Outdoor. The client and visionary of the project is Pierre Andre Senizergues (PAS), a former World champion and Pro Skater and the founder of Etnies.

The prototype of PAS House was recently presented at La Gaite Lyrique museum in Paris. 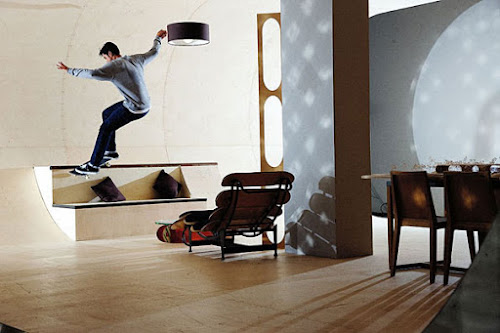 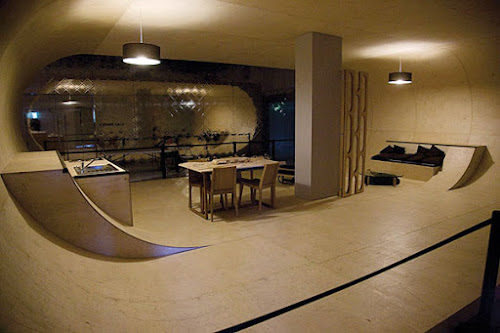 Designer Michael Jantzen created the M-Velope Transformer House to demonstrate how a house could rearrange itself to suit the needs of the occupant. The slated wooden panels slide on a steel frame to move the walls, doors and roof into new positions. Inside the house, benches can be folded away to allow more room when needed.

At just 230 square feet, the M-Velope fits into a small space and includes elements of renewable energy, energy efficiency and sustainable materials in its construction. There are only 10 M-Velope Houses in existence and they are ideal for using as holiday homes or relaxation residences. 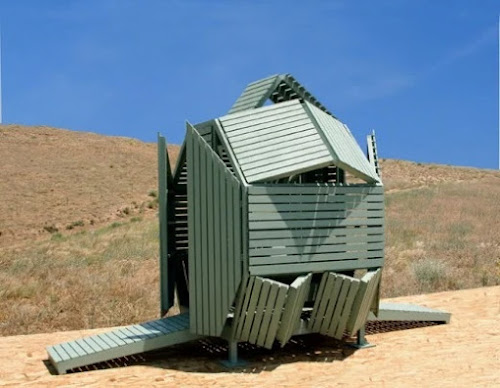 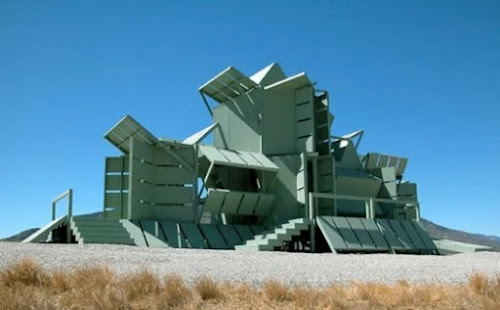 The name pretty much explains everything in this case. The Slide House is one of the most fun and playful homes out there and yet its design is surprisingly simple and common except for the giant slide which spans three floors and which is an integral part of the building. It runs the entire inner perimeter of the building which has rounded corners. This wonderful house was designed by Level Architects and was completed in 2009. Figuring out all the details like the right angle of the slope or the best materials for the slide was not easy but it all came out great eventually. 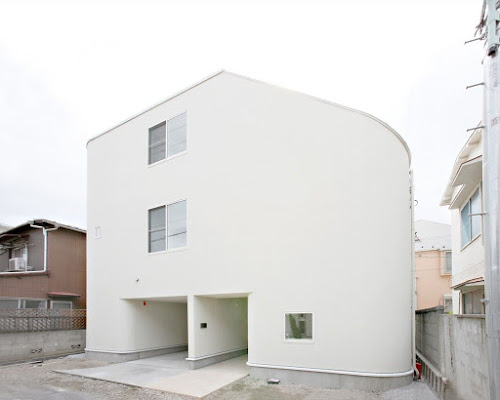 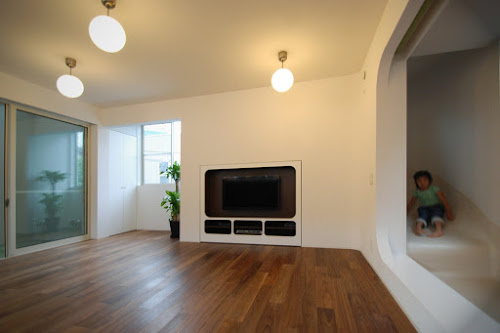