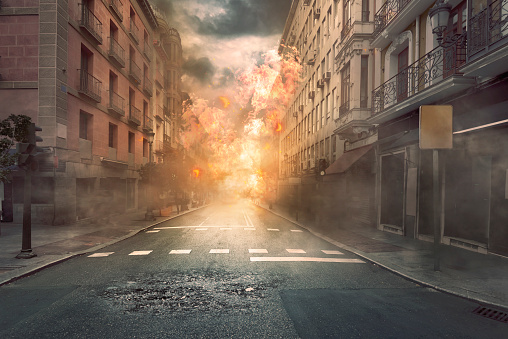 While there are many places around the world that are replica of a paradise, there are others where one is not even advised to tread owing to unknown dangers that lurk in every corner. These places are amongst the most beautiful holiday destinations yet the most confusingly counter-intuitive out there.
These days it is easier to travel to distant locations around the world. Some places, however, are best avoided for your safety.
Today, we have prepared a list of the most dangerous and thrillng locations in the world. If you are ready for some serious adventure, then these place are for you.

10 Most Dangerous Place Around The World

Be bold, this is going to be a scary read. 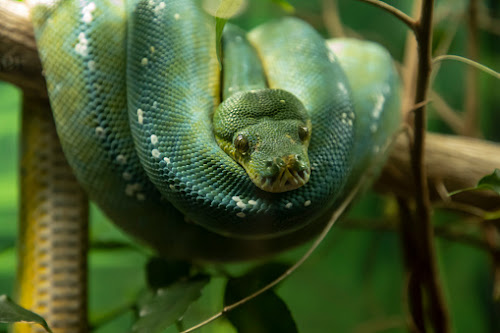 This island is found about 25 miles off Brazil's coast where no local would dare to walk. These mysterious island is known as Ilha da Queimeda Grande, and it's reportedly so dangerous that the Brazillian government has made it forbidden for anyone to visit. These place is full of one of the most venomous snakes in the world, the Golden Lancehead Viper. With a venom so powerful that can melt human flesh, just a thought of this snake can send chills down your spine. 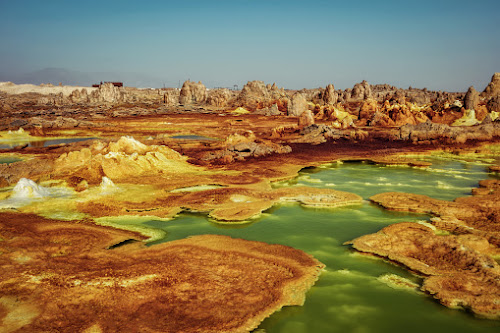 This location is known far and wide for it's volcanoes and geysers that give out many toxic gases and unbearable heat, this desert is one of the most dangerous and most adverse places around the globe. Baking temperature that often top 120 degrees F (50 degrees ), numerous active volcanoes and geysers that spit toxic gases. Most people consider this mysterious place a literal "Hell on Earth", but it's still one of the most attractive places around the world which attract brave adventurers. Without an experienced guide, it's strictly forbidden to visit the Danakil Desert alone. 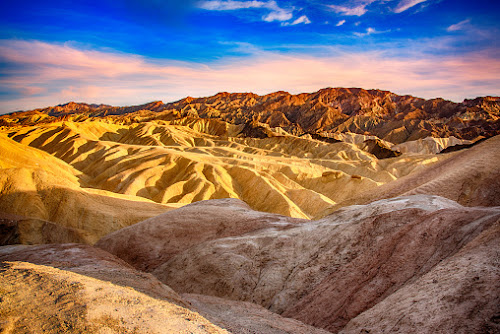 Death valley is a desert valley near the border of Nevada and California. This valley is known for it's extreme heat which cause great uneasiness to people living here and those who come unprepared for the harsh weather conditions. It has a temperature reaching up to 56.7 degrees Celsius during summer, and has a dangerously low temperature during winter which threatens the lives of the inhabitants. The blazing sun and searing heat of Death valley will make you exhausted very quickly, no matter how tough you are. 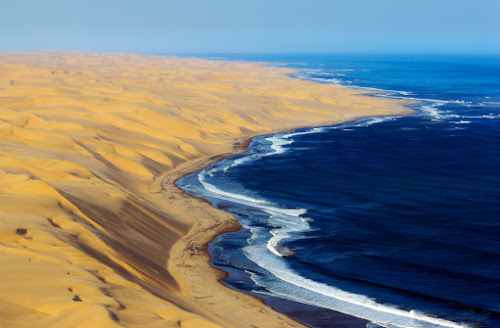 The skeleton coast ranks in the list of "the deadliest places on earth" because of it's harsh climate, and it offers almost zero chance of survival. The water, hot winds, the weather and lack of food makes it really hard for adventurers to explore this silent place. Many people and shipwrecked sailors have lost their lives here due to the harshness of the local environment. This is not a place for you for vacation, unless you want to take the risk of turning into bare bones without any flesh or breath. 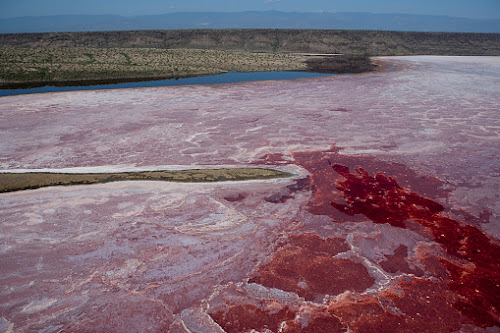 Lake Natron is situated at the base of a mountain in Tanzania's Gregory Rift, Lake Natron is known far and wide for it's deadly waters, making it one of the most dangerous water bodies in the world. The alkali salt crust on the surface of the lake makes it dangerous for living creature just into contact with it. The lake's high levels of Natron (sodium carbonate decahydrate) makes its water corrosive to human skin and eyes. For obvious reasons, swimming is highly prohibited here. 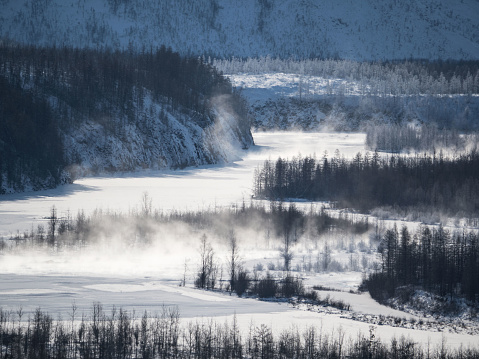 Oymyakon is a small village located thousands of miles towards the east of Moscow, located in the heart of siberia. It's one of the coldest places in the world, having scarily low temperatures for a permanently inhabited place. Th temperature drops to as low as -40 degrees Celsius (-90 degree Fahrenheit), making it hard and impossible for travelers and tourists to visit the place safely as not many can survive this temperature.
Only 500 people manage to settle here with great difficulty and barely manage to survive the harsh weather conditions. Mobile phones do not function here, and hardly any crops grow in such cold climates. 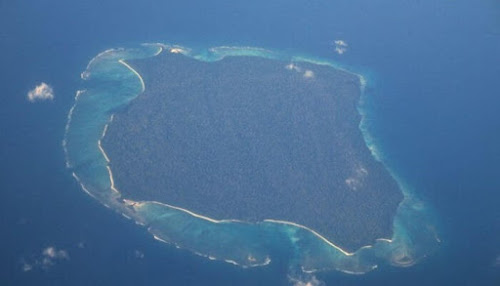 North Sentinel island is situated in the Andaman Island. It's popular for its splendid beaches, and captivating nature. This island is still one of the dangerous places in the world for tourists to visit, even with its stunning views. The tribal people of this place have been living in their native way and have denied all possible ways to connect with the outer world. The people turn to violence at the sight of a different person outside their clan. This is not an ideal place to visit. 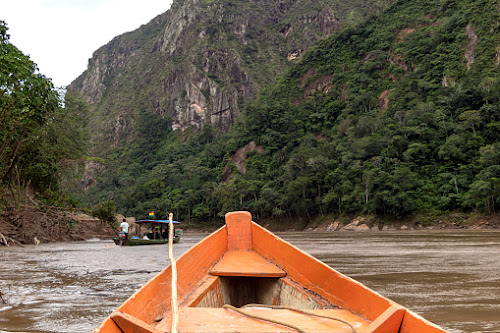 At first sight, this place looks very picturesque, but it's actually very dangerous. Why? This national park, which is a dense forest, is filled with all kinds of flora and fauna, and some of these plant species are dangerous and not edible. Madidi National Park is situated along the Amazon river in Bolivia. Any contact with any of the plants growing in this park can cause severe itching, rash and dizziness. This forest is one of the largest protected areas of the world as it contains dangerous animals, plants and birds. 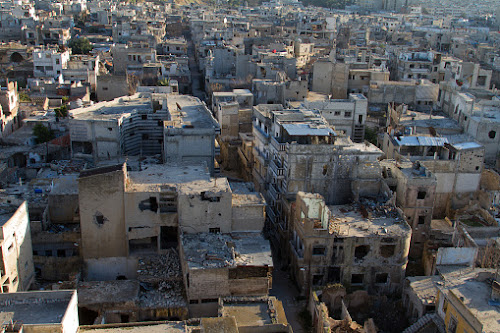 Syria is a country in Western Asia which is ranked first among the world's most dangerous places around the world. There is a high level of violence persist throughout syria, including full scale military operations involving the use of small arms, tanks, artillery and aircraft.
Syria has experienced starvation, medical care deprivation, lengthy sieges, and chemical weapon attacks. Estimates suggest that over 470,000 people have been killed in the syria conflict.
Despite being an important historical site of Middle East, this country is a very dangerous place to live in. 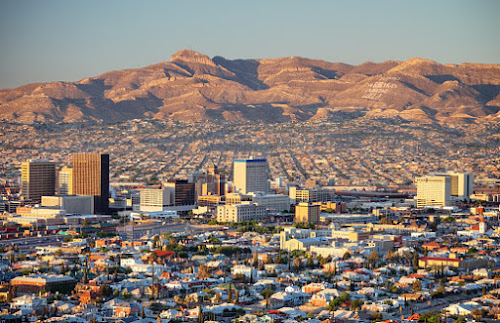 Mexico's problems with drug traffickers are well known and Ciudad Juarez is one of the nation's most violent cities right now. Many crimes go unpunished, cause police are often employed or paid off by drug gangs.
Do you feel a shiver run down your spine already?
The world is undoubtedly a fascinating place which is full of beauty, danger and adventure.
We hope this list of the most dangerous places in the world be helpful while picking a place to visit. Don't forget to share this with all your travel buddies as well!