World Record That Have Never Been Broken

World Records That Have Never Been Broken 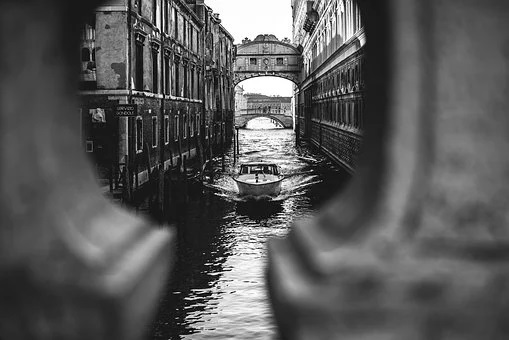 Since 1955, Guinness World Records has helped to settle arguments about records of all kinds. It is one of the best-selling books ever, with over 100 million copies sold in 37 languages.
While numerous records have been documented, most are broken after a while, with many being broken numerous times after their initial recording.
Here are ten Guinness world records that still haven't been broken:

The Heaviest Weight Supported By a Human Tongue

Yep, this is a real record, claimed by Thomas Blackthorne, who lifted 27 pounds using just his tongue. He trained for six years to hold this amount for five seconds — his tongue was pierced by a hook that held four weights — and set the record in 2004 without injuring himself.

If you’ve ever posted a copy of Guinness World Records, you’ve probably seen a picture of Shridhar Chillal from Pune, India, and you’re terrified of what you’ve seen. That’s because Shridhar Chillal holds the record with the longest fingernails in the world, a record he’s achieved by not cutting his fingernails for 66 years. Of course, with such nails it would not be possible to use the hand for much of everything, so he let the nails grow only on the left side while he kept his right hand neatly trimmed.

The International Space Station (ISS) cost about $150 billion. Although mainly paid for by the US and Russian governments, some money came from Europe, Canada, and Japan. The ISS currently costs NASA about $3 billion per year.

World’s Most Targeted Person (By Lightning)

You know the saying that lightning never strikes the same place twice? It’s total B.S., which is clear if you ever learned what a lightning rod is, but be that as it may, the chances of getting struck by lightning at one point during a person’s lifetime are 1/15,300. Now, that’s a pretty rare occurrence, to be sure, but what about getting struck by lightning more than once in your lifetime? Unless it happens a fraction of a second after the first strike, the odds are astronomical, but don’t tell that to Roy C. Sullivan — he was struck seven times, and he survived!

His misfortune earned him the nickname, “The Human Lightning Conductor,” and while a single lightning strike will often kill a person, Sullivan survived being struck seven times, beginning in 1942 and ending in 1977 with his last strike. He wasn’t unmarred by the strikes and racked up a list of injuries, including losing a toenail, both his eyebrows, a burn on his left shoulder, his hair was set on fire… twice, and his legs, ankle, chest, and stomach were burned. After surviving seven lightning strikes, he died by suicide in 1983, supposedly, of a broken heart.

The Longest Distance an Airplane Was Pulled By a Human Being

Kevin Fast, who owns several weight-pulling records, pulled an entire 416,299-pound CC-177 Globemaster III airplane for 28 feet, in 2009. Due to the difficulty of this feat, it doesn’t look like anyone will be coming for the Canadian priest’s title anytime soon. And if they do, Fast has assured folks that he would have been able to pull the plane for much longer if a finish line hadn’t been in place.

Eric Brown was a test pilot during WW2 – a period that was known for testing a large number of aircraft models in rapid succession. There were simply too many models to be tested. The fact that aviation was relatively new back then is simply something that is long gone and likely won’t be repeated. The second factor is the amount of time in which Brown stayed in service. Those two factors combined are extremely difficult to repeat. It’s safe to say this record will not be broken.

Michel Lotito, who passed away in 2007 at age 57, ate 9 tons of metal over the course of his lifetime, including a whole Cessna 150 airplane. Lotito suffered from Pica, a disease that made him crave eating non-food objects like dirt and glass. It was pretty metal of him.