10 Most Expensive Houses Around The World

10 Of The Most Expensive Houses Around The Globe 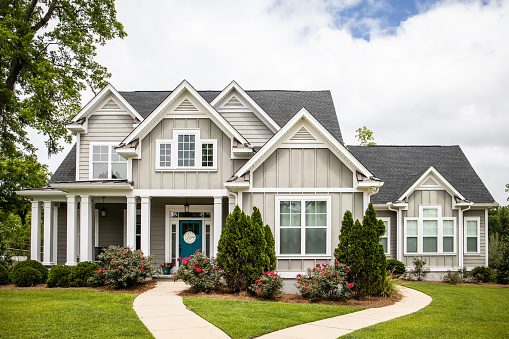 There's wealth and then there's wealth. You know, the kind of money that allows someone to live in a home valued in the tens or even hundreds of millions (or in some cases, billions).
These billionaire homes are architectural expressions born out of extravagance and vanity. Their lavishness and exclusivity not only inspire commoners towards riches but also provide opportunities for experimentation, with some of the most expensive and uncommon technological innovations.

What’s The Most Expensive House in The World? 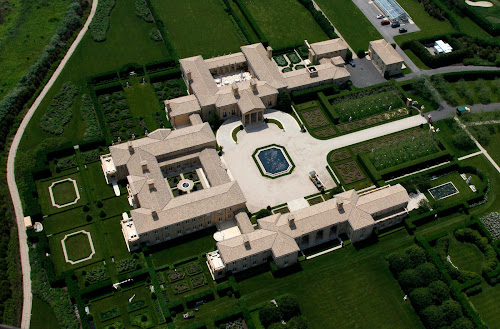 Ira Rennert, an American billionaire, owns this sprawling mansion, part of a 63-acre estate called Fair Field, one of the largest in the United States. It includes several built forms, has 29 bedrooms, 39-bathrooms, 3 dining rooms, 3 swimming pools and a 164-seat theatre. The estate also includes a recreation pavilion with basketball court, gym, two bowling alleys, two tennis courts, two squash courts and many other buildings. A residence of this size also requires an immense supply of electricity, which also is sufficed by an on-site power plant. 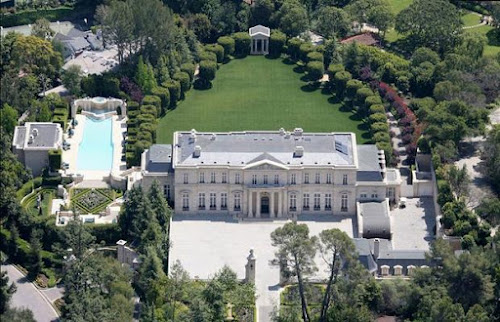 This past March, the Fleur de Lys Mansion sold for $102 million, making it the highest-priced home sale to date in Los Angeles County. It was first listed in 2007 when original owners David and Suzanne Saperstein finished renovating the manse, divorced and moved out. The current owner, who paid entirely in cash and has chosen to remain anonymous, is rumored to be former junk bond king Michael Milken, according to the L.A. Times.

The 12-bedroom, 15-bathroom home, which was modeled after the French castle Vaux le Vicomte when it was built in 2002, has a 3,000-square-foot wine cellar with a tasting room, two-story library, commercial kitchen, cutlery room and spacious ballroom. The property also features a pool, spa and tennis courts. 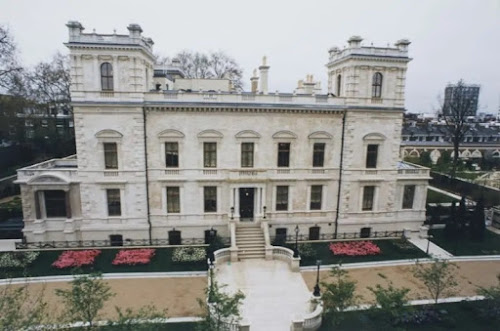 The behemoth of a house is located on Billionaires Row, which is in one of London’s most prestigious areas, Kensington Gardens.
The property is now owned by Indian business magnate and billionaire, Lakshmi Mittal. He is the Chairman & CEO of the worlds largest steel-making company, ArcelorMittal.

The house is roughly 55,000 square-foot and was first built in the 19th century. It was originally two semi-detached houses, later being converted into a single dwelling by, developer, David Khalili. It has 12 bedrooms, an indoor pool, Turkish baths, and enough parking spaces for 20 cars.

Before Mr Mittal purchased the property, it was owned by some pretty famous and wealthy families. 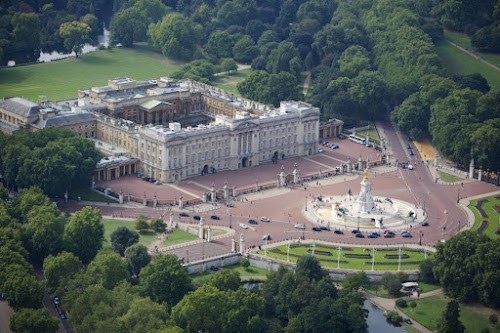 With 775 rooms, including 52 royal and guest bedrooms, 78 bathrooms, and 92 offices, the Queen's London home still holds the top ranking for the most expensive house in the world. Although the British royal family owns many castles and estates throughout the United Kingdom, Buckingham Palace has been the monarchy's official residence since 1837. Queen Elizabeth II spends her annual summer holiday at Balmoral Castle in Scotland's Highlands. 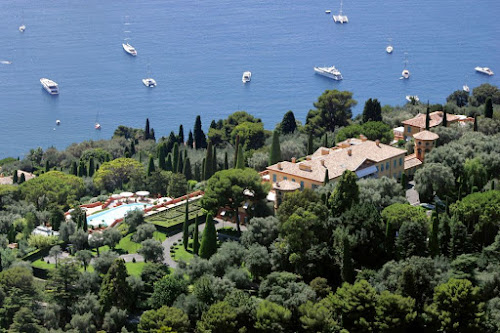 Owned by Lily Safra, widow of Lebanese born Brazilian banker Edmond Safra, this 11-bedroom, 14-bathroom estate is perched on 50 acres in France's Alpes-Maritime department of its Cote d'Azur region. It features a commercial greenhouse, helipad, outdoor kitchen, and stunning pool, and was the setting for Alfred Hitchcock's 1955 film To Catch a Thief. Villa La Leopolda is named for its original owner: King Leopold II of Belgium gifted the estate to his mistress Blanche Zelia Josephine Delacroix in the early 20th century. The home was redesigned by American architect Ogden Codman Jr. in the 1920s.

With an estimated value of $330 million, the Odeon Tower Penthouse is right up there with the most expensive houses in the world.

For that kind of money, you’ll get a 35,000 square-foot apartment at the very top of one of the most expensive buildings in Monaco. The Tour Odeon was designed by architect Alexandre Giraldi and developed by Groupe Mazococo.

The penthouse is spread out over several floors and includes its own private elevator.  If that’s not enough, then how about a private water slide into a 360-degree view infinity pool.

If you’re a bachelor, and you’ve got the cash, snap this one up when it next comes back on the market, as it’s one of the most impressive houses we’ve ever seen. 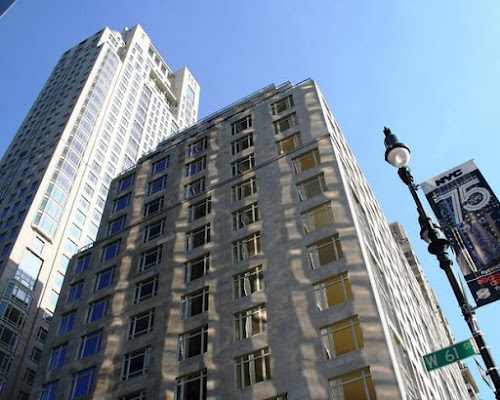 According to Michael Gross, author of the book "House of Outrageous Fortune: Fifteen Central Park West, the World's Most Powerful Address," this high-end Manhattan building is known as "Limestone Jesus."

That's probably because it's full of the city's most affluent and powerful residents, including hedge fund boss Daniel Loeb, who bought the 10,674-square-foot penthouse at the top of the high-rise for $45 million in 2008. In 2012, rumors began spreading that Loeb was trying to sell the property for $100 million, but he has yet to do so. 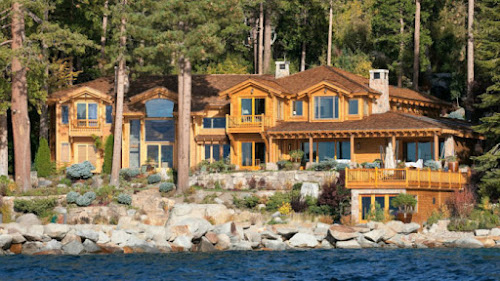 Larry Ellison, co-founder, and chairman of Oracle, world’s fifth richest man and a famous property collector, built his Japanese-style estate in 2004, which took him 9 years to build. Modeled after a 1600 CE Japanese emperor’s palace, this mansion was designed and constructed by Paul Driscoll, a Zen Buddhist teacher, and architect. It includes three cottages, a gymnasium, eight bridges, two gardens, a five-acre man-made lake, a bathhouse and a koi pond. The landscape also includes expenses of cherry blossom, maple and other Japanese species along with pines, oaks and redwoods. 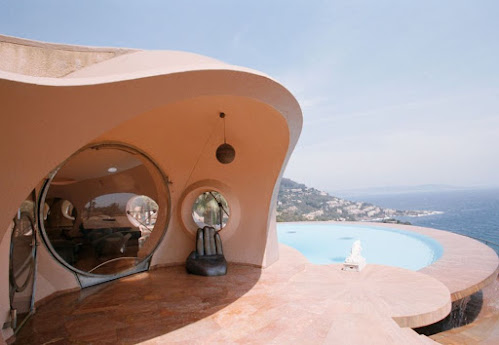 Designed by Hungarian architect Antti Lovag and built between 1975-1989, the "Bubble Palace" features a series of round rooms that spill down a rocky cliff overlooking the Mediterranean Sea. while Lovag was reportedly inspired by man's earliest dwellings in caves, the seaside estate not short on modern "comforts," featuring three swimming pools, several gardens, and a 500-seat amphitheater on the hillside grounds. Bubble Palace is currently owned by Italian-born French fashion designer Pierre Cardin as a holiday home, and has been the setting for many a swanky event: In 2015, Dior showed its cruise collection at an indoor/outdoor fashion show at the sprawling estate. 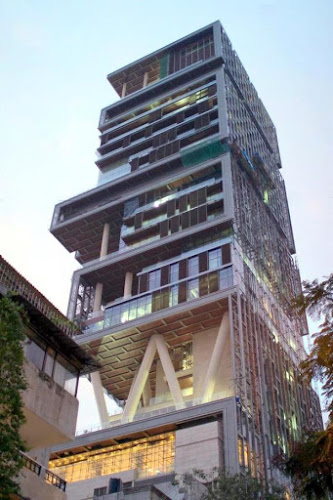 Antilia, a 27-story skyscraper on the pricey Altamount Road in Mumbai, is the most expensive home in the world, valued at upwards of $1 billion. Mukesh Ambani, an Indian business tycoon and multi-billionaire, moved into the 400,000-square-foot mansion in 2012 with his wife and three children. The modern property was designed by Chicago-based architects Perkins & Will.

Antilia, which was named for a phantom island in the Atlantic, features a multi-story garage with space for 168 cars, a ballroom, three helipads, gardens, a temple, guest suites, a health level and a home theater that seats 50.