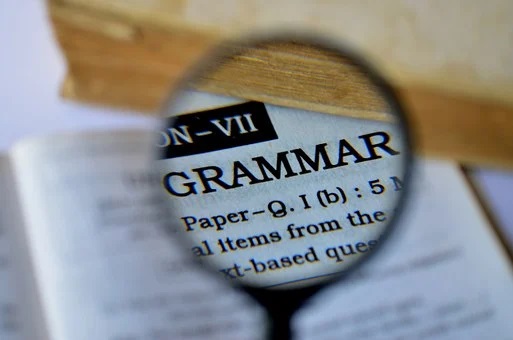 Anyone learning English as a Second Language will make mistakes along the way. It is inevitable.
So, let’s take a look at some of those types of glaring errors you never want to make-common writing mistakes that can diminish the shine and credibility of your message.
1. Shoe-in

"Shoo-in" is what you really want to write when you're trying to say that someone is a sure winner. It's because when you "shoo" something you're urging it in a certain direction.
2. Loose vs. Lose

This one drives a lot of people crazy, including me.
In fact, it’s so prevalent among bloggers that I once feared I was missing something, and somehow “loose” was a proper substitute for “lose” in some other English-speaking countries. Here’s a hint: it’s not.
| If your pants are too loose, you might lose your pants

This one seems to trip up everyone occasionally, often as a pure typo. Make sure to watch for it when you proofread.
“There” is used many ways, including as a reference to a place (“let’s go there”) or as a pronoun (“there is no hope”). “Their” is a plural possessive pronoun, as in “their bags” or “their opinions.” Always do the “that’s ours!” test—are you talking about more than one person and something that they possess? If so, “their” will get you there.
4. Slight of Hand

A "slight" is an insult, whereas "sleight" indicates dexterity or cunning. It's why "sleight of hand" is commonly used in the world of magic and illusion.
5. i.e. vs. e.g.

As antiquated as they might seem, these two little Latin abbreviations are pretty handy in modern writing, but only if you use them correctly.

The Latin phrase id est means “that is,” so i.e. is a way of saying “in other words.” It’s designed to make something clearer by providing a definition or saying it in a more common way.

The Latin phrase exempli gratia means “for example”, so e.g. is used before giving specific examples that support your assertion.
6. Piece of Mind

If you want to share what you're thinking with someone, this could work if you add "my" before "mind." But if you're trying to indicate tranquility, then spell it "peace."
7. It’s or Its

“Its,” without an apostrophe, is the possessive version of a pronoun. In the above example, we should use the possessive “its” to talk about the spider’s web, because the web belongs to the spider.

“It’s,” with an apostrophe, is a contraction of “it is” or “it has.” When talking about the beauty of the web, we’re saying that it is a very beautiful web. Therefore, we should use the contraction “it’s” instead of “its.”
8. Peaked My Interest

To pique means to arouse, so the correct phrase is "piqued my interest," meaning that my interest was stimulated. While the incorrect way it's written in the heading may suggest that someone's interest was taken to a high level, it's still wrong.

Example Mistake: Can you borrow me that book? You can loan me my notes.

The listener may be confused since “loan” means “to give” and “borrow” means “to take.” It’s simple memorization that’s required to get the correct meaning.

For example, “borrow me that book” means “take me that book” in the above example. Where do you want the listener to take the book? That isn’t what you meant to say!

Both are incorrect because the Latin phrase which means "in itself" or "intrinsically" is spelled "per se." The best communicators speak and write clearly and concisely and probably avoid phrases like this one anyway.