Best Hilarious Jokes That Will Make You Laugh For Sure 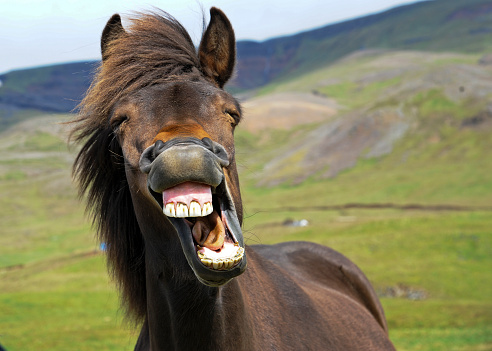 Some of the best jokes are told as stories. It takes longer to set up the punchline for these jokes, but the reward is even more laughter.
1.
A father passing by his son's bedroom was astonished to see the bed was nicely made and everything was picked up. Then, he saw an envelope, propped up prominently on the pillow. It was addressed, 'Dad'. With the worst premonition, he opened the envelope and read the letter, with trembling hands.

Dear, Dad. It is with great regret and sorrow that I'm writing you. I had to elope with my new girlfriend, because I wanted to avoid a scene with Mum and you.
I've been finding real passion with Stacy. She is so nice, but I knew you would not approve of her because of all her piercing's, tattoos, her tight Motorcycle clothes, and because she is so much older than I am.

But it's not only the passion, Dad. She's pregnant. Stacy said that we will be very happy. She owns a trailer in the woods, and has a stack of firewood for the whole winter. We share a dream of having many more children.
Stacy has opened my eyes to the fact that marijuana doesn't really hurt anyone. We'll be growing it for ourselves and trading it with the other people in the commune for all the cocaine and ecstasy we want.

In the meantime, we'll pray that science will find a cure for AIDS so that Stacy can get better. She sure deserves it!
Don't worry Dad, I'm 15, and I know how to take care of myself. Someday, I'm sure we'll be back to visit so you can get to know your many grandchildren.

P.S . Dad, none of the above is true. I'm over at Jason's house. I just wanted to remind you that there are worse things in life than the school report that's on the kitchen table. Call when it is safe for me to come home!
2.
An old grandma brings a bus driver a bag of peanuts every day. First the bus driver enjoyed the peanuts but after a week of eating them he asked: "Please granny, don't bring me peanuts anymore. Have them yourself.". The granny answers: "You know, I don't have teeth anymore. I just prefer to suck the chocolate around them."

3.
Three friends stranded on a deserted island find a magic lamp. Inside it is a genie who agrees to grant each friend one wish.

“I want to go home,” says the first friend. The genie grants her wish.

“I want to go home, too,” says the second friend. And the genie sends her back home.

“I’m lonely,” says the third friend. “I sure wish my friends were back here."
4.
“Sir you have got to help!” said the tearful man at the door. “There is a family that I know very well that is in desperate need of money. The Father has been out of a job for over a year, they have five kids at home with barely
a bit of food to eat. The worst part is, that they are about to kicked out of the house and they will be left on the streets without a roof over their heads!” The man concluded with one last heart wrenching sob. “Well,” said the man at the door, “that really is a sad story. Why don’t you come inside and we’ll talk about it a little more.” “So how much money is needed exactly?” asked the man when they were both seated. “Oh it’s really terrible”, said the man starting up again, “why just for the rent $3000 is needed by tomorrow otherwise they’ll be kicked out onto the streets.” “How do you know so much about this situation?” asked the man as he reached for his check book. “Well,” said the man breaking down once more “they are my tenants.”
5.
The poor man asks the rich man, "What are you getting your wife this Christmas?" The rich man replies, "Diamond earrings and a Mercedes." The poor man asks, "Why are you getting her two gifts?" The rich man says, "Well, if she doesn't like the earrings then she can drive to the store and exchange them."

The poor man nods. Then the rich man asks him, "So what are you getting your wife this year?" The poor man thinks about it for a second and replies, "A pair of slippers and a dildo."The rich man asks, "Why those two things?" The poor man astutely reponds, "This way, if she doesn't like the slippers she can go f*ck herself."
6.
Two campers are walking through the woods when a huge brown bear suddenly appears in the clearing about 50 feet in front of them. The bear sees the campers and begins to head toward them. The first guy drops his backpack, digs out a pair of sneakers, and frantically begins to put them on. The second guy says, ‘What are you doing? Sneakers won’t help you outrun that bear.’ ‘I don’t need to outrun the bear,’ the first guy says. ‘I just need to outrun you.’
7.
A man escapes from a prison where he's been locked up for 15 years. He breaks into a house to look for money and guns. Inside, he finds a young couple in bed. He orders the guy out of bed and ties him to a chair.

While tying the homeowner's wife to the bed, the convict gets on top of her, kisses her neck, then gets up and goes into the bathroom.

While he's in there, the husband whispers over to his wife: "Listen, this guy is an escaped convict. Look at his clothes! He's probably spent a lot of time in jail and hasn't seen a woman in years. I saw how he kissed your neck. If he wants sex, don't resist, don't complain... do whatever he tells you.

Satisfy him no matter how much he nauseates you. This guy is obviously very dangerous. If he gets angry, he'll kill us both. Be strong, honey. I love you!"

His wife responds: "He wasn't kissing my neck. He was whispering in my ear. He told me that he's gay, thinks you're cute, and asked if we had any Vaseline. I told him it was in the bathroom. Be strong honey. I love you, too!"
8.
A man walks into a library, approaches the librarian and says, “I’ll have a cheeseburger and fries, please.”

The librarian says, “Sir, you know you’re in a library, right?”

“Sorry,” he whispers. “I’ll have a cheeseburger and fries, please.”
9.
Jim’s car is swerving all over the road so a cop pulls him over, “Step out of the car” says the cop, “I am going to need you to take a breathalyzer test.” “I can’t”, Jim responds “You see I have very bad asthma, that can set off an attack.” “Alright,” says the cop, “then you’re going to have to take a blood test.” “Can’t do that either,” Jim responds, “I am a hemophiliac, if a wound is opened, I won’t stop bleeding, and I could bleed to death.” “Ok,” the cop answers “then I will need a urine sample.” “Sorry,” says Jim “I also have diabetes, that could push my sugar count really low.” “Fine, so just come on out, and walk a straight line for me.” “Can’t do that either” responds Jim. “Why not?” Demanded the exasperated cop. “Well, because I’m drunk!”
10.
Sid and Irv are business partners. They make a deal that whichever one dies first will contact the living one from the afterlife. So Irv dies. Sid doesn’t hear from him for about a year, figures there is no afterlife. Then one day he gets a call. It’s Irv. ‘So there is an afterlife! What’s it like?’ Sid asks. ‘Well, I sleep very late. I get up, have a big breakfast. Then I have sex, lots of sex. Then I go back to sleep, but I get up for lunch, have a big lunch. Have some more sex, take a nap. Huge dinner. More sex. Go to sleep and wake up the next day.’ ‘Oh, my God,’ says Sid. ‘So that’s what heaven is like?’ ‘Oh no,’ says Irv. ‘I’m not in heaven. I’m a bear in Yellowstone Park.’